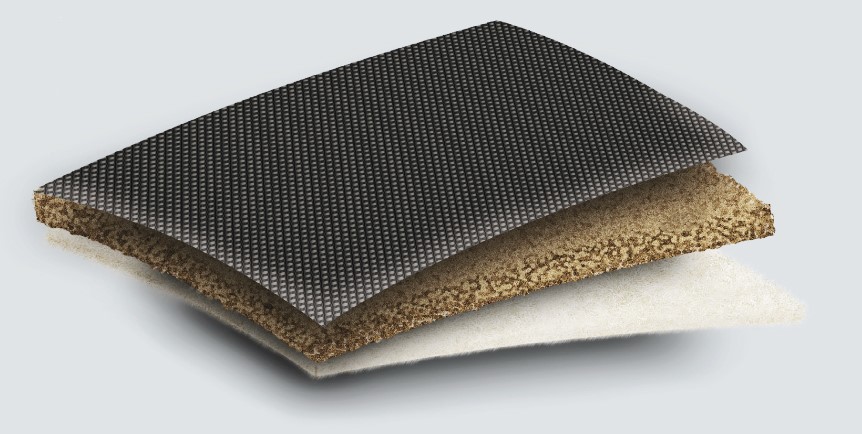 Earthmate BENTOSEAL™ Geosynthetics clay liners (GCLs) are factory manufactured hydraulic barriers consisting of a layer of bentonite or other very low-permeability material supported by geotextiles and or geomembranes, mechanically held together by needling, stitching, or chemical adhesives. Due to environmental laws, any seepage from landfills must be collected and properly disposed off, otherwise contamination of the surrounding ground water could cause major environmental and or ecological problems. The lower the hydraulic conductivity the more effective the GCL will be at retaining seepage inside of the landfill. Bentonite composed predominantly (>70%) of montmorillonite or other expansive clays, are preferred and most commonly used in GCLs. A general GCL construction would consist of two layers of geosynthetics stitched together enclosing a layer of natural or processed sodium bentonite. Typically, woven and or non-woven textile geosynthetics are used, however polyethylene or geomembrane layers or geogrid geotextiles materials have also been incorporated into the design or in place of a textile layer to increase strength. 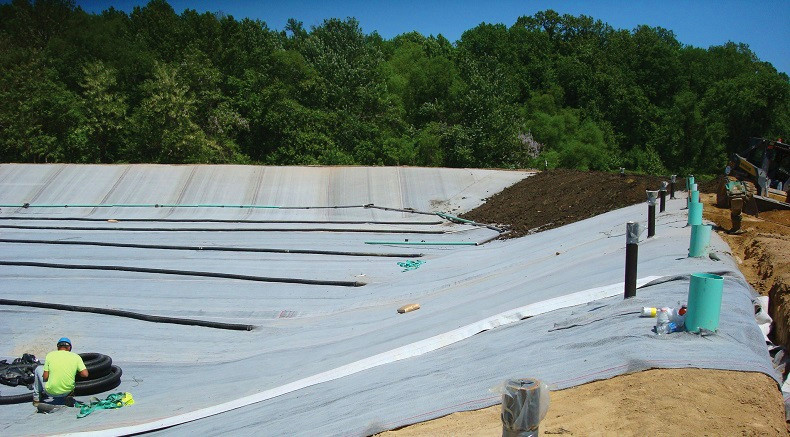 ABOUT US
Earthmate® is a leader in the geosynthetics industry for providing innovative and cost-effective solutions to support the unique challenges of civil engineering, environmental and geotechnical projects across a variety of sectors including: road construction, water and waste management, mining, oil & gas, retaining wall, containment and agriculture.